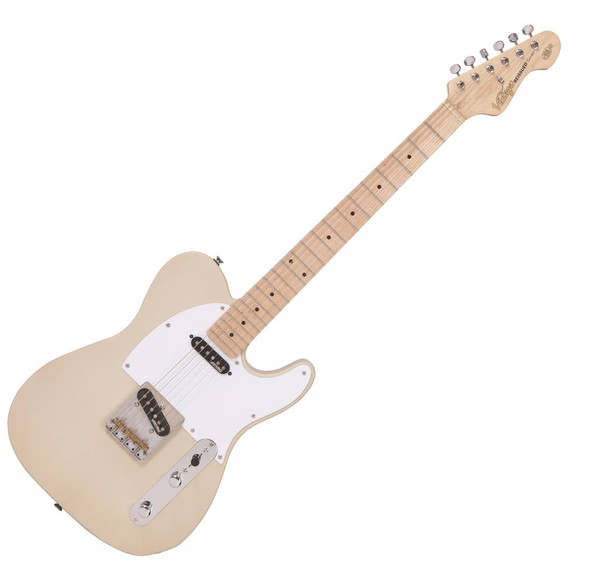 Jerry Donahue, known as ‘The doyen of the string benders’ and founder Hellecaster is an outstanding player whose talents have seen him feature with major artists the world over.
For some years, Jerry’s ‘guitar arsenal’ has featured a Trev Wilkinson designed Vintage ICON V52, a guitar he, along with a host of other stellar players, rates very highly indeed.
Recognising the heart and soul of Vintage®, Jerry threw down the challenge to create a Vintage® guitar with his specification which he could be 100% happy with. The challenge was accepted by Trev Wilkinson with alacrity!
Using unique Wilkinson single coil pickups custom wound to Jerry's exact recipe and his custom wired five-way switch and circuitry, Trev has created an instrument which achieves Jerry’s vision – one single guitar which can emulate a huge number of the most instantly recognisable solid-body and semi-acoustic tones out there.
In just the flick of a switch, the V58JD moves seamlessly between soaring blues tones, rich dark midnite Jazz tones, ‘woman-tone’, the elusive `in-between quack-tone' and country twang!
From the playability point of view, the classic vintage style one piece fretted maple neck, with 7/14” radius fingerboard radius round off a real player’s guitar.
Jerry says; “Of all the special guitar projects I’ve ever been involved with in my quest for the perfect guitar, it’s a simple truth to say that with the V58JD Trev Wilkinson and Vintage have created (at a price I just could not have imagined possible) a most amazing guitar, and one which I use on a daily basis!”