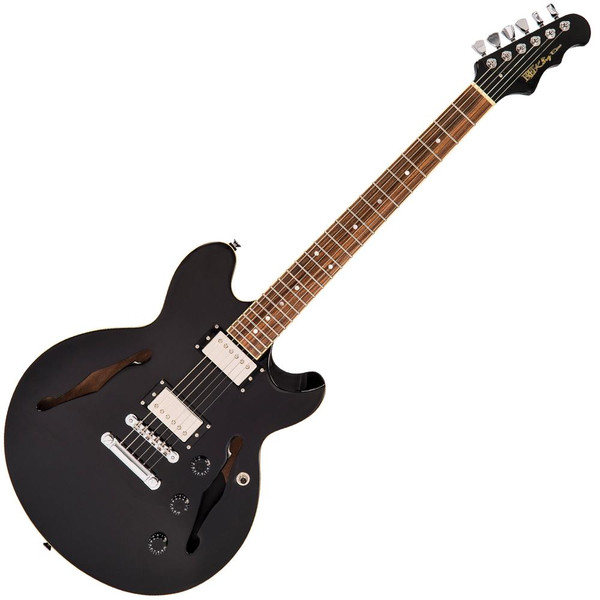 Inspired by a long heritage of semi-acoustic excellence, the Elise is an incredibly light, yet exceptionally resonant guitar with superior sonic performance and versatility. Carved from a solid mahogany blank, the Elise body has acoustically tuned chambers, a full length centre block, and double carved solid maple cap to create a vibrant semi acoustic body.

The slick mahogany neck, with deluxe rosewood fingerboard, employs the Fret-King long-tenon neck joint, which mates precisely to the body underneath the neck pickup, forming a rigid fixed bond between neck and body, maximising the retention and transmission of the Elise's fundamental acoustic properties.

Fret-King WVC double coils give the Elise a voice with unassailable authenticity, definition and the power required for everything from mellow jazz to full bore blues. Fitted with the Fret-King Vari-coil, the WVCs can be progressively wound back to emulate a P90, or produce sparkling traditional single coil tone. The Elise sounds just like it looks, and then produces voicings never associated with this style of guitar, but which would be at home on Ocean Boulevard or a Nashville `Honkey Tonk'.

Fret-King is the absolute pinnacle of British design, and we are dedicated to producing the best guitars you can buy, whatever the price. Whatever we do, there’s a reason!