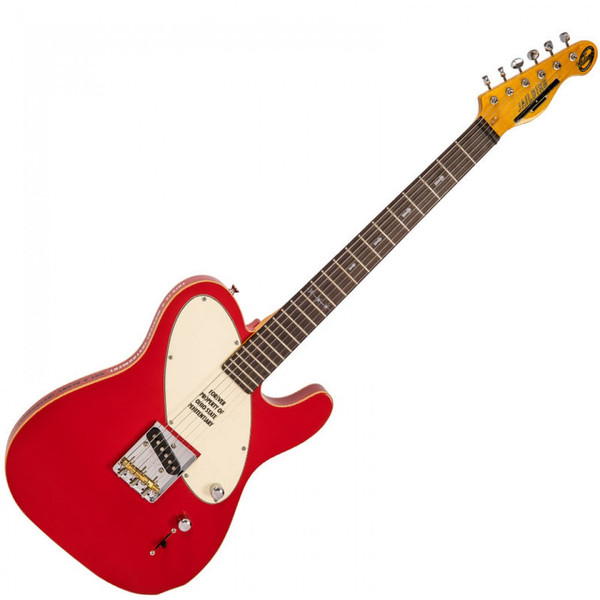 John Henry Burke, prison warden at the Ohio State Penitentiary from 1959 to 1977, believed music was the key to help his prisoners reform and rehabilitate. Burke allowed prisoners to keep radios and turntables in their cells, as well as make musical instruments in the workshop. Every year Burke would open the doors of his prison to welcome in families to watch their loved ones perform songs they had written on instruments they had made.

However in 1967, incarcerated arsonist Wilbur Reams started a prison riot by playing blistering guitar licks through a distorted amplifier. Burke reacted by putting a ban on what notes the prisoner could play, saying; “Anything north of the 12th fret of a guitar is looking for trouble. We’re just gonna stick to simple blues and country.” Burke continued to battle with Reams’ over his incendiary guitar playing until May 3rd, 1973, when Reams suddenly escaped via the prisons’ sewer system. In a cruel ironic twist, Reams had dug his way to freedom using tools stolen from the very workshop that Burke had set up to put his prisoners on the path to redemption.

Body: Double bound American Alder body that is light and resonant and property of the Ohio State Penitentiary. So you don’t forget, there are numerous warnings on the sides of the body. Remember “Ignorance is not an excuse”; Prison Rule 182, Chapter 6.

Bridge: The Wilkinson WTB 3 saddle design provides a tried and tested way to deliver perfect intonation and tone transfer. As reliable as the order for lights out at 9pm.

Pickups: One Joe Doe Custom designed bridge pickup that is tangy and full, like Brody’s blackberry hooch from D block. (But for a pack of smokes, we’ll let you in on a little secret - we’ve tunnelled underneath the ovoid pick guard and put a hot humbucker under there. Shush, you never heard it from us…)

Machine heads: Wilkinson WJ55S machine heads provide maximum tuning stability and are chrome plated. They’re shiny too, so you can check to see if someone is creeping up behind you. It’s prison people, always gotta be on your toes…

Neck: One piece Hard rock Maple neck, shaped into a classic Vintage ‘soft C’ profile. Real warm and comfortable in the palm, like the goodbye handshake you get from Warden Burke on the last day of your sentence.

Frets: 22 Medium profile frets. Not to be removed and re-purposed.

Nut: 43mm Graphtech nut that works smoothly and is friction free, like the suspension on the conjugal caravan.

The limited edition 'Jailbird' is an original Vintage® guitar, designed and created by Joe Doe Guitars and the UK Vintage design team.