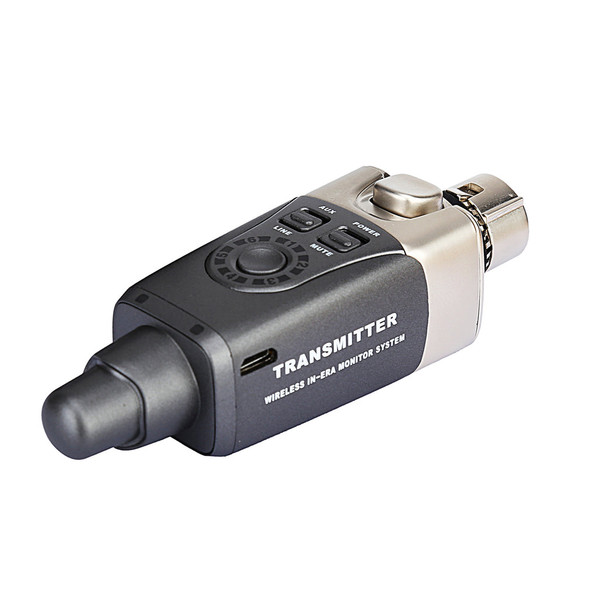 ALL WIRELESS PLUG-AND-PLAY TRANSMITTER
Easy to carry, easy to set up, plug in and turn on the power to build your wireless In-ear monitor system.

LINE
Use with mixers or other professional audio devices that send line-level signals.

AUX
Use when connecting consumer audio devices such as portable audio players or computers.

MULTIPLE RECEIVERS
Use one transmitter to send signal to Multiple Receivers - creates monitoring for the entire band. Send the signal from one transmitter to as many receivers as needed simultaneously. Simply set as many receivers as needed to the same channel as the transmitter. OR - In situations where multiple “mixes” are needed on stage, each unit has 6 select-able channels for creating up to 6 individual discrete mixes. If you use more than one transmitter, the receiver can switch between different sound sources by simply changing the channel selector.